Laureates of mathematics and computer science meet the next generation

The Heidelberg Laureate Forum (HLF) is a networking conference where 200 carefully selected young researchers in mathematics and computer science spend a week interacting with the laureates of the disciplines: recipients of the Abel Prize, ACM A.M. Turing Award, ACM Prize in Computing, Fields Medal, IMU Abacus Medal and Nevanlinna Prize. Established in 2013, the HLF is annually organized by the Heidelberg Laureate Forum Foundation (HLFF).

With a blend of scientific and social program elements, the HLF platform is especially designed to initiate exchange among the participants. Laureates give lectures on subjects of their choosing which are primarily directed at the participating young scientists. Those lectures should be the starting point of intensive discussions between the laureates and the young researchers during the forum. This means that the Forum is not a classical scientific conference but a networking event meant to motivate and inspire the next generation of scientists. Providing a space for ideas to take shape and evolve is what defines the Forum's underlying purpose.

The HLF was initiated by the German foundation Klaus Tschira Stiftung (KTS), which promotes natural sciences, mathematics and computer science. Inspired by the idea of providing bright young minds the opportunity to interact with their scientific role models, physicist and co-founder of SAP, Klaus Tschira (1940–2015) laid the groundwork for the Forum to exist. On May 22, 2012, a formal agreement between the organizers and the award-granting institutions was signed in Oslo and the following year the Heidelberg Laureate Forum Foundation was formally established. 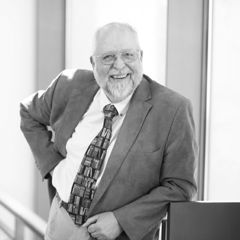 Mathematics and computer science pervade all aspects and spheres of life. They provide the foundation for today’s highly engineered and modern society, and they belong to our culture. Their social relevance will continue to grow.

Take a thorough tour of the HLF experience with the image film, which was shot at the 1st HLF in 2013. Hear from Klaus Tschira who established the forum to give the younger generation of researchers in mathematics and computer science the opportunity to interact with the groundbreakers in those fields. Laureates and young researchers at the 1st HLF weigh in on why the networking conference is meaningful to scientific progress and cultivating bonds. Scenes of Heidelberg, the surrounding area and the event achieve a panoramic perspective of what participants can expect from the HLF-week.