Philosophy may be very harmful to science by making claims that have no empirical support, no support in the constitution of the world as it may be observed.

A prominent example of philosophical confusions concerns human knowing. Immanuel Kant in his philosophical treatise Critique of pure reason from 1781, in its very first paragraph of the Introduction says that
the faculty of knowledge should be awakened … by means of… objects which affect our senses, and partly of themselves produce representations …

This talk of knowledge producing representations has been repeated in psychology ever since Kant’s time. Thus nowadays the representations of knowledge are supposed to be held in what is called memory. And so in Encyclopedia of the Neurological Sciences (2003) we find articles on Memory, Autobiographical by E. Svoboda and B. Levine, Memory, Episodic by J. H. Kramer, Memory, Explicit/Implicit by B. J. Cherry, Memory, Overview by J. H. Kramer, Memory, Semantic by E. K. Warrington, Memory, Spatial by L. F. Jacobs, Memory, Working by J. A. Waltz. However, what is said in these many articles is merely confusion. There is no clarity in what is supposedly held in what is called memory and how this relates to the experience of the person.

Meanwhile, already in 1890, William James in his Principles of Psychology stated a very different understanding of knowledge. James explains knowledge as a relation between minds and other things in the world. In this there is nothing that might be held in a memory container, no representations of knowledge.

James further writes:
There are two kinds of knowledge broadly and practically distinguishable: we may call them respectively knowledge of acquaintance and knowledge-about. Most languages express the distinction; thus gnvnai, eidenai; noscere, scire; kennen, wissen; connaître, savoir. I am acquainted with many people and things, which I know very little about, except their presence in the places where I have met them. I know the color blue when I see it, and the flavor of a pear when I taste it; I know an inch when I move my finger through it; a second of time, when I feel it pass; an effort of attention when I notice it; but about the inner nature of these facts or what makes them what they are, I can say nothing at all.

This understanding of how knowing comes in two kinds is in perfect accord with the theory of how thinking happens in the neural system, in the brain, that I have developed since 2003 under the designation the synapse-state theory. According to this theory, the central part of the neural system in the brain, what I call the item layer, consists of a neural net in which a large number of nodes are connected pairwise through neurons and synapses. The figure shows a very small part of the neural net.

Each synapse at any time is in a particular state of conductivity to the neural excitations that are distributed throughout the net.

The neural net is where knowing by acquaintance and knowing about is held. Each thing known by acquaintance is held in one node. The figure shows the part of the net where the person’s acquaintance with AUDREY HEPBURN, FICTIONAL CHARACTER: NATASHA, MOVIE FILM: WAR AND PEACE, MOVIE FILM: ROMAN HOLIDAY, ACTRESS, BEAUTY, and FEMALE HUMAN are held.

Knowing about is held in the net in the form of the conductive state of the synapses connecting any pair of nodes. For example, knowing about Audrey Hepburn that she is an actress is held as the conductive state of the synapse SI-AH4. The validity of this picture of the nervous system of the brain has been confirmed experimentally in 2005 by scientists at Caltech and UCLA. They found a single brain cell that became strongly activated whenever the person was shown a picture of Jenifer Aniston. This was reported in National Geographic Danmark 2014 No. 2. 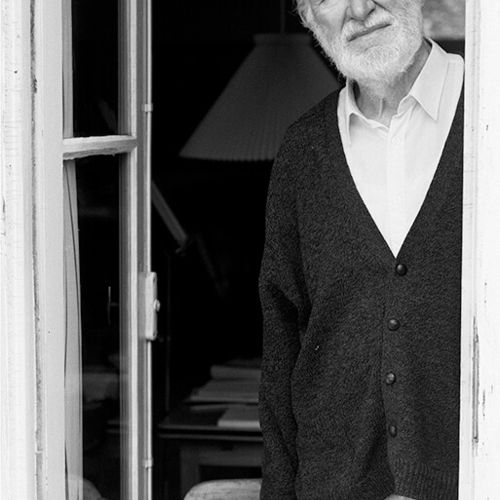